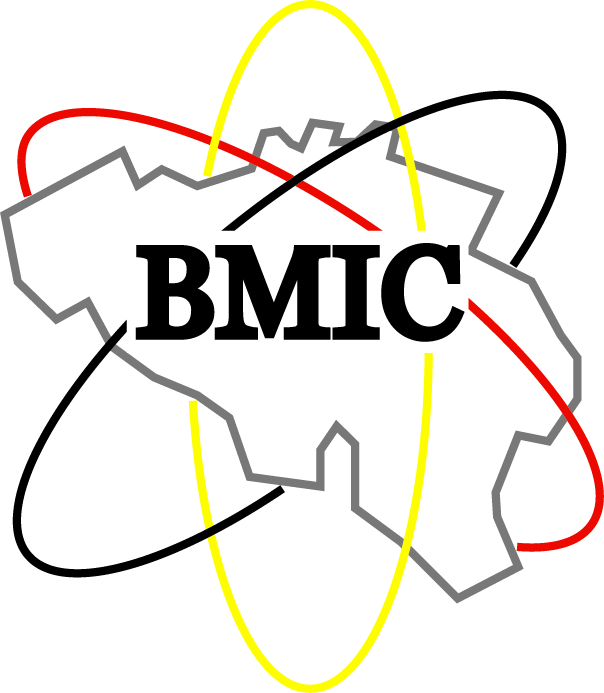 Exploring the small details of life starts with bringing people together! 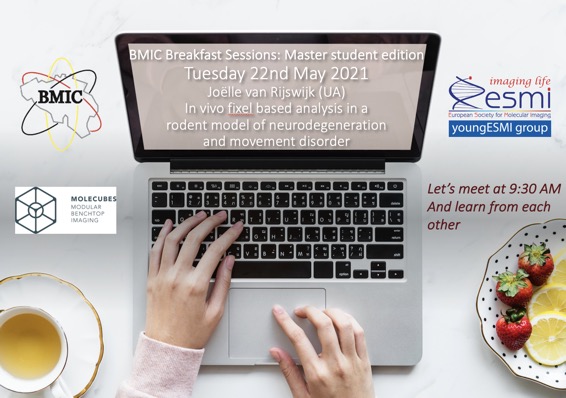 WHAT DOES BMIC STAND FOR

BMIC is a bottom-up initiative promoting the formation of a Belgian network of young imaging scientists in order to provide an easy and informal entry into the larger Imaging Community. The European Society of Molecular Imaging (EMIM) supported our local initiative and BMIC became the first young ESMI (yESMI) group that was introduced during the EMIM 2015 Congress to the European audience. Our main focus is to improve the networking of young scientists by creating a platform where the first step towards new contacts is guided through our network events e.g. scientific speed dating. Moreover, we want to give young PhD AND Master students the opportunity to gain experience in presenting data and public speaking as a preparation to international events, such as EMIM or WMIC. 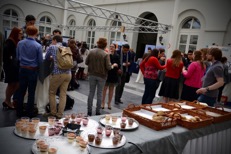 In 2012 the first BMIC congress was organized with the idea to gather all Belgian molecular imaging labs and collaborating and/or interested groups. Based on the huge success, the organizing committee decided to go on with the concept resulting in the 2015 and 2017 Congresses. At the congresses a few talks are scheduled to start discussions, but a lot of time is allocated to social and scientific interaction, as the organizing committee believes this is the driving force behind research. 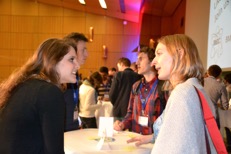 Networking is a very important aspect in each of our careers. Nevertheless easier said than done especially when you are young and new in the field. Therefore, we introduced in 2014 the concept of scientific speed dating at the wonderful Autoworld museum (Brussels). The concept is that all subscribed attendees are matched to people from other labs, with different expertise and background. In multiple session of 10 minutes each the participants get the change to introduce themselves and their work. Nice to see how people are having such an interesting conversation that when the `gong` rings to change discussion partners, they would like to stay with their first match. Since it was a great success in Belgium, the concept was introduced at EMIM2015 and since then took place every year with around 100 subscriptions from all over Europe!

In November 2016 we organized a first focused meeting in the concept of Academia Meets Industry which was kindly hosted by Janssen Pharmaceutica at their site in Beerse. Half a day was filled with invited lectures from both partners showing how Molecular Imaging assists in Drug discovery and development. The main goals here are to foster collaborations and to show young scientists that research is not limited to Academia.

Works as: Scientific File Manager at the Scientific and Technical-Regulatory Advice Unit of the Federal Agency for Medicines and Health Products (FAMHP)
Interested in: The use of Molecular Imaging in CNS Research and Drug Development

Works as: Labmanager at the Bio-Imaging Lab at the University of Antwerp
Works on: Imaging neuroplasticity with (rs)fMRI

Works as: Research Manager of the µNEURO Research Centre of Excellence at th University of Antwerp
Works on: Multidimensional analysis of the nervous system in health and disease

Works as: PhD-student at the Nuclear Medicine Department of Jules Bordet Institute
Works on: Radiation biology of 177Lu-DOTATATE

Works as: PhD-student at the In vivo Cellular and Molecular Imaging lab at the Vrije Universiteit Brussel (VUB)
Works on: Targeted alpha therapy using bismuth-213 and astatine-211 in combination with small nanobodies

Works as: PhD-student at the Bio-Imaging Lab at the University of Antwerp
Works on: In vivo MRI assessment of dynamic and microstructural changes in mice models for Huntington disease

Works as: PhD-student at the In vivo Cellular and Molecular Imaging lab at the Vrije Universiteit Brussel (VUB)
Works on: Fluorescence-guided surgery using nanobody-based tracers

Works as: research assistant radiochemistry at the In Vivo Cellular and Molecular Imaging Lab (ICMI) at the Vrije Universiteit Brussel (VUB)
Works on: molecular imaging with radiolabeled nanobodies in clinical trials

Works as: PhD-student at the laboratory of General, Organic and Biomedical Chemistry at the University of Mons
Works on: Development of paraCEST MRI and 19F MRI contrast agents

Works as: Research assistant at the department of head and skin at Ghent University and Nuclear Medicine physician in training at UZ Brussel
Works on: Peroperative and prognostic molecular imaging in head and neck oncology

Don't find your institute here?
Join the organizing committee!
Contact us at bmicmeeting@gmail.com